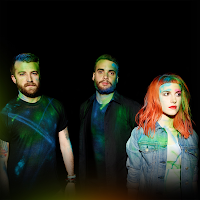 This self-titled release is Paramore's fourth studio release, and the first release without Zac and Josh Farro. The remaining founding members are Hayley Williams and Jeremy Davis. There are 17 tracks on the album and the new self-titled sounds like a band that’s happily hastened with fresh and urgent upbeat pop-rock. Hayley is probably one of the more exceptional female vocalists in modern rock currently, and she has continued to grow as an artist. Her vocal performance on the album is almost flawless. The energy is good throughout the album, and even when the songs go far into the realm of pop it is at least more cerebral pop than you hear on the radio most of the time. The main positive of this album is that it is insanely catchy! As Rolling StoneMagazine said: "Hayley William rocks each new look like an I-will-survive warrior priestess." Amen to that one!