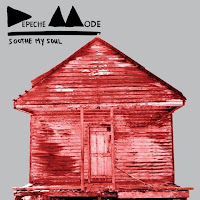 This should have been the first single from Depeche Mode's 13th CD, Delta Machine. But as Mode fans know, the band has a tendency of releasing singles that aren't actually chart toppers, but things might change with the release of Soothe My Soul as the 2nd single from Delta Machine. The song blends ghostly atmospherics, muted keyboard notes, and surging synths with a hypnotic funky electro beat – almost in a Personal Jesus style. Unlike the schmaltzy balled ‘Heaven’, ‘Soothe My Soul’ is a swaggering, bluesy electro-pop number. This is also one of my favourite tracks on the new CD. Now let’s just hope the band bring their tour to South Africa as well…Have a look at the new video, HERE!