on August 02, 2013
In a blossoming hip-hop hotbed of talent, Malcolm “Mac Miller” McCormick has arrived as the latest superstar out of Pittsburgh, PA. A multitalented musician who can play numerous instruments and a young novice of the freestyle/cipher/battle circuit of his hometown, Mac paved his way to superstardom in his blue-collar hometown for years. Born in 1992, Mac taught himself to play piano, drums, guitar, and bass by the age of 6. Then, after learning to compose songs in a variety of musical genres, he began studying the art of rhyme. Influenced by the styles of artists such as Big L, Lauryn Hill, Outkast, and A Tribe Called Quest, Mac soon developed a reputation for delivering jaw-dropping freestyles in Pittsburgh. Recording his first songs in the Fall of 2007, Mac went on to form a duo called The Ill Spoken. By 2009, Mac began recording solo records. During this time he released “The Jukebox” and “The High Life” and began to generate a legitimate buzz in the streets and online. By of July 2010, Mac’s buzz became undeniable. In August 2010, Mac released his debut “K.I.D.S.” and took the internet and music industry by storm. 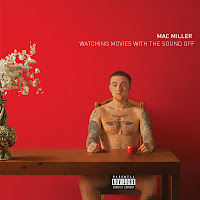 Billboard called Mac "The new blueprint of success in the music industry,” while CNN labeled Mac having "a buzz comparable to The Beatles.” Mac was also featured on the cover of XXL Magazine’s coveted Top Freshman list. The Washington Post said “Miller’s skillful rhymes, humorous themes and upbeat demeanour are catching the nation by storm.” Complex Magazine called Miller “The Steel City’s newest rap poster boy.” while the Source Magazine placed him on their cover hailing Miller as "a dominant independent force who is here to stay." The New York Times praised Mac's attention to his fans by claiming "Miller's early plan to give away free music has paid off in big ways." Rolling Stone praised his progress saying "Mac's new music is another positive step in his long stylistic evolution."
Mac Miller