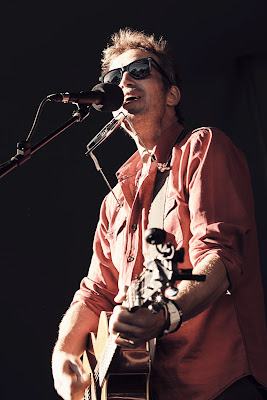 Nineteen years after Afrikaans rocker Valiant Swart's ground-breaking debut, "Die Mystic Boer" (Eng: The Mystic Boer) was released on CD it is now being released on vinyl, in association with Cape Town design agency (and friends of Valiant) Cow Africa. Fans can rediscover the iconic songs that first put the Boland punk on the map, including "Die Mystic Boer", "In Die Transvaal", "Ware Liefde" and "Buitenkant". The "Die Mystic Boer" vinyl package includes a high-quality vinyl record (180-gram, 33RPM), the classic album cover, as well as a full-colour inner sleeve with the lyrics and a collage of historical reviews and exclusive photos from the group's personal archives. Talk about collectors' delight! Says Valiant: "Since childhood I've dreamed of making a record. In 1990, when I started making music full-time, I thought it was just a matter of time before my debut would be released. Since 1985, however, CDs started replacing vinyl records as the preferred music format. In 1991 The Dolly Rockers, at that time the most popular alternative group in Cape Town, used up the last available vinyl in the Cape for their EP. There was literally no more stock of the required raw material to make vinyl records in the Cape! For a poor alternative Afrikaans rocker like me it was an unthinkable and impossible dream to make a CD. I had to wait another five years for my debut release - on CD. By that time, vinyl records had largely disappeared from the scene. The vinyl revolution of the last couple of years got me thinking that it would be quite special to do a limited edition of one of my albums on vinyl. Great was my surprise when Charles from Cow Africa phoned me one day to suggest that they assist me in realising this dream. I immediately agreed and today I finally have my debut album on vinyl - albeit twenty five years later!" The original album cover was carefully revised and updated by Cow Africa. The music itself was left intact; sound levels were only slightly adjusted for the vinyl format. According to Charles Miller from Cow Africa: "The rediscovery of vinyl is something all of us at Cow are quite passionate about and we have a couple of serious collectors in our ranks. One day we were discussing some of our favourite artists that should have been released on vinyl but never were and Valiant's name came up first. We knew what we had to do." This release of "Die Mystic Boer" brings Valiant Swart's music to the vinyl format for the very first time. Fitting then, that it's his debut album and just in time for its twenty-year anniversary in 2016. Only 500 of these limited edition collectors' pieces are available at R300 each. 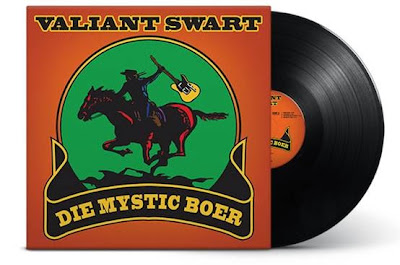