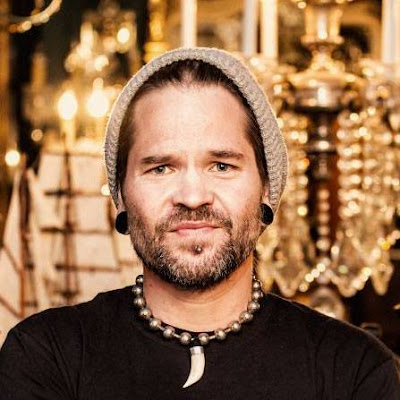 On Saturday morning (30 May) the shocking news of the death of Hog Hoggidy Hog frontman, George Bacon was confirmed. His death occurred sometime during Saturday morning following Hog Hoggidy Hog’s first edition of their national #HogsAreBack tour that kicked off at The Assembly on Friday, 29 May. George arrived back at their accommodation just outside of Cape Town's CBD after the gig. It was only after someone tried to wake him up, that they discovered that he had passed away in his sleep the next morning. The cause of his death remains unconfirmed at this point and details will be made available at a later stage. George Bacon leaves behind his wife, Verena and son who was born earlier this year in January. George’s family is still grieving his death and do not wish to comment at this time. In response to their tragic loss Hog Hoggidy Hog has released the following statement, “It is with great sadness that we write this message. We have lost our brother and his memory will live on in our minds and hearts forever. All our love and condolences to Verena, Draco and family. George, you will be missed with all our hearts.” All across social media the South African music industry and others who knew him have been expressing their feelings and thoughts on the devastating news of the loss of such a great legend of punk rock. George has been an absolute icon in SA underground music for the past 20 years and the band had big plans for their official comeback this year. The death of George came just a month before the hogs were to celebrate their 20th year anniversary at the end of June this year. Their presence in the local music industry has undeniably been prolific and has had an incredible impact on (now popular) artists who admired Hog Hoggidy Hogs’ music and style all these years.

The Rudimentals wrote: “To our brother who gave us our 1st ever gig with the @HOGHOGGIDYHOG. Respect& we love you always! RIP George Bacon” via Twitter

GoodLuck: “Huge loss for SA music! RIP George Bacon... Thanks for the music @HOGHOGGIDYHOG - our hearts are with you all! :(“ via Twitter

Francois Van Coke: “So sad to hear about George. He was an inspiration, a great dude and the greatest punk rock tour guide. He is going to be missed by many.” via Facebook

George’s family and his band members are sincerely grateful for all the kind words and condolences that they have been receiving from friends, fans and media during this painful time.

He has lived in Chicago, Cape Town, Berlin and London and was recently quoted saying, “… after having traveled the world quite a bit, there is a certain sense of freedom that you can only get from living in Africa and in spite of all we don’t have in comparison, I still feel privileged having been born an African. If that somehow comes through in our music and is interpreted as being positive and uplifting then that is awesome.” – (Source: http://colinspunkrockcentral.blogspot.co.uk/2015/05/hog-hoggidy-hog-interview-by-colin.html)

His music career started off during his time in elementary school in a musical in 1987 while playing the role of an African gardener. Since then, George and his hogs had taken SA and the world abroad by storm and played alongside other huge names in the industry like NOFX, Mad Caddies, Lagwagon and Bad Religion. MUSICREVIEW.COM wrote in 2010, “The Hogs have become an institution in South African music, although they have mostly preferred to steer clear of mainstream circles in the past, they are regarded by their ever-growing fanbase as legends of the underground and are by far one of the most popular and well-known bands to ever come out of it.” George Bacon has been an incredible asset to music and its transformation in SA and around the world. He will be greatly missed by all. His legacy will continue to live on in the spirit of Pork Rock and Hog Hoggidy Hog. Details on George's funeral and memorial service will be released later this week by the band on their social media pages. George "Bacon" Bougas: 16 January 1975 - 30 May 2015. An official tribute by his family, band members and friends will be released this week.
Francois van Coke George Bacon Goodluck Hog Hoggidy Hog The Rudimentals