Adele's new CD out in November, but no tour planned (as yet) 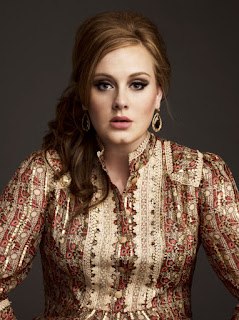 Adele fans, rejoice! The British singer is releasing her long awaited third album in November. That is the good news. The bad news is that she is not planning to tour with the CD. It is reported she said 'no' to an 80 million British pound offer to tour. It seems that Adele would rather stay at home with her partner Simon Konecki and their two-year-old son Angelo. However, promoters are hard at work to convince the super star to either do a stadium tour, or smaller venues. Of course Adele's other concern is her vocal chords. She underwent a  a career-saving throat operation in 2011 following a vocal cord haemorrhage. It seems she might be worried that if she put strain on those brilliant vocal chords of her, she might have a relapse.