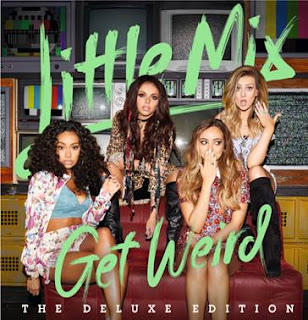 UK supergroup Little Mix has released their new album, ‘Get Weird’ (Deluxe). The album is currently Top 10 on iTunes in 24 markets and Top 20 on iTunes in a further 38 markets around the world. Lead single “Black Magic” debuted at #1 in the UK, was playlisted nationally and also peaked in the Top 40 of the South African airplay chart earlier this year. Single two, “Love Me Like You”, finds Little Mix putting a modern spin on the classic girl group songs of the Motown era. The retro pop song produced and written by Steve Mac alongside Camille Purcell, James Newman and Iain James showcases the girls incredible vocals with a massive melodic chorus and is starting to build traction nicely across radio in South Africa. The girls describe ‘Get Weird’ as “a celebration of being unique and not holding back”. Standout tracks include “Secret Love Song” (a collaboration with Jason Derulo) and “Lightning”, which has been described by the band as a sister to 2012’s massive single “DNA”. Additionally, the deluxe track “I Won’t” represents an important moment of self-discovery for the band as they realise “as long we’ve got each other that’s all we need”. The girls strived to push everything to its limits on this record and make no mistake: ‘Get Weird’ does not mess about.
Jason Derulo Little Mix