Cassper Nyovest to open for Nicki Minaj on SA tour 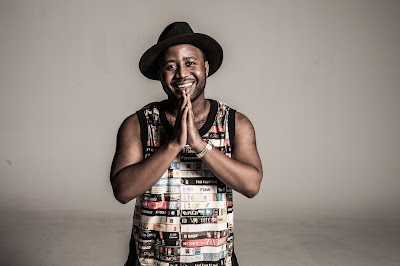 On the first date of Minaj’s hotly awaited South African tour, 17 March, the Mafikeng-born Motswako rapper will return to the same stage where he made history last October: he was the first local act to sell out the 20 000-capacity Ticketpro Dome in Johannesburg as part of his successful #FiilUpTheDome campaign.

Nyovest, whose real name is Refiloe Phoolo, will also perform with Minaj at Durban’s Moses Mabhida Stadium on 20 March.
Since bursting onto the local music scene in 2013, Nyovest has racked up two hit albums, Tsholofelo and Refiloe, spawning hits such as Le Mpitse, Doc Shebeleza, Tsibip, Ghetto, Mama I Made It, Phumakim and Gusheshe – which fans can expect to hear during his appearances on Minaj’s Pinkprint Tour.

He has won national music accolades at the Metro FM, Channel O and South African Hip-Hop Awards, as well as the SAMA for Best Newcomer, and was named MTV Base’s Hottest MC of 2015. The rapper has also been nominated for a number of international awards, including the BET Awards and the MTV European Music Awards.
To date, Nyovest has worked with illustrious names such as Anatii, DJ Drama, Riky Rick, Major League, American rappers The Game and Talib Kweli.

A global touring phenomenon, Minaj has sold out iconic venues including London’s O2 Arena and the Staples Center in Los Angeles. She has stamped her mark on American Idol as a judge and, as an actress, has appeared in films such as Ice Age: Continental Drift, The Other Woman and the forthcoming release, Barbershop 3.
South African fans can look forward to the flamboyant rap queen performing a selection of hits from her three albums, including her latest offering.

Tickets for the Nicki Minaj Pinkprint Tour can be purchased from www.ticketpro.co.za and selected Edgars retail stores, with prices starting at R490.
Cassper Nyovest Nicki Minaj