They're back! Depeche Mode rocks with new sound 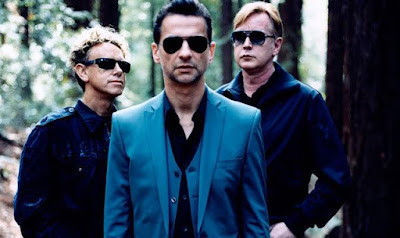 OH MY GOD! I've never been so excited about a Depeche Mode CD. The new CD is called Spirit, and as the snippets I've just heard it's something like Songs Of Faith And Devotion meets Violator. Think Personal Jesus meets I Feel You. The CD is set for release early next year.

And the band is touring again, called the Global Spirit Tour, although no details have been announced, and a big tour for Europe. No news yet on more shows, although they said in the press conference more dates will follow. God, I hope they tour South Africa again!

I'm truly floored in a good way of what I've heard. The last time I've been so excited by a CD was with Playing The Angel and Songs Of Faith And Devotion.
Depeche Mode Spirit