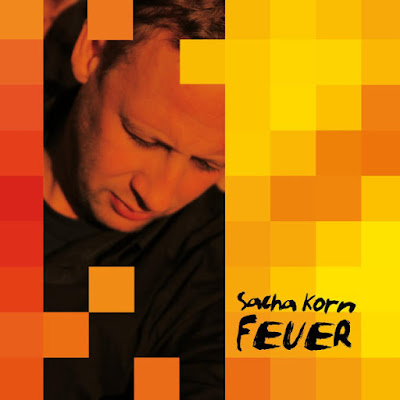 Here's what Sacha has to say about how the two acts got together: "I was invited by a promotor to the Gretchen dance club in Kreuzberg when I suddenly heard a track that really caught my attention, and not only mine as it packed the dance floor immediately. I Shazammed it and it turned out to be "Zigeunerjunge" by the dark electro act called Acylum. I contacted the band via Facebook and the rest is history. Pedro really liked my stuff and offered to create 2 new versions of "Feuer" which we have now released."

The club remix has already been picked up by the leading electro/industrial magazine Side-Line who added it in their super popular Spotify playlist. And one of its editors even called it "the perfect symbiosis between Neue Deutsche Härte and industrial".

You can get the 3-track single via Bandcamp, iTunes, Spotify and all the other mainstream download/streaming platforms.
ACYLUM SACHA KORN