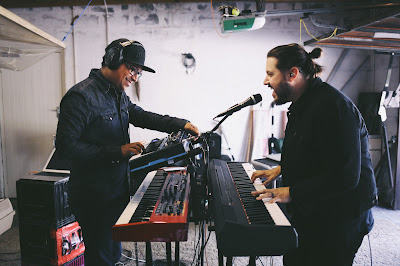 2017 has arrived and with it, a whole new wave that is on the rise for Mark Haze who has, for more than 15 years, been working tirelessly on establishing himself as one of the best live performers and musical talents in the country. He has certainly come a very long way since starting his first band, 12th Avenue in 2001 and has since kept the momentum going and growing, bringing it back full circle to his new single, ‘Better Than This’. The song was written with his long-time friend and 12th Avenue band member Bjorn Faree symbolising that Mark has come a significantly long way since their early days.

The single truly describes what many artists experience in the stages of their career, and as Mark notes “Throughout everything I’ve gone through and will continue to go through, I know that I am truly blessed to be able to do what I love to do and have always dreamed of doing every day.”; a sentiment that sits firmly in the hearts of every working musician nowadays.

This South African musician might be best known for his incredibly wide vocal range, but fans are in for a surprise as Mark is also about to reveal that he possesses great versatility when it comes to the style of the amazing music he is able to create. Audiences can certainly expect the unexpected with his latest project that embodies an entirely new sound and feel from this talented singer/songwriter. Mark is back and better than ever before with his new look, sound and single - set to be released soon.

The lyrics, “But I don't know where I'm gonna go. But I know that I'm better than this” suggest a clear message that ties into Mark’s current stage in life; a phase of new beginnings. Mark is starting on a new journey in his music career and life and regardless of the unknown challenges and obstacles he may still face on the way to inevitable success, he knows that he can achieve even greater things and rise above the disappointments of the past.

There’s a certain undeniable optimism in the air when Mark speaks of the story behind his upcoming new single and says, “While I'm eternally thankful for the platform that Idols and the record label afforded me, I had been feeling for a while that I'd like to experiment outside of my original genre and incorporate other elements besides that of traditional rock; all the while still leaving room for my roots. I found myself in a space where there was a lot of doubt pushed towards me and I knew I had to be steadfast, because there's more to me than what most people have seen or heard. I ended up writing the track with my old friend, Bjorn Faree, who I worked with in my old band, 12th Avenue, and on my first album, "Where Angels Fear To Fly". Coupled with the production stylings of Nathan Woodman, I feel like I found the sweet spot between "good old fashioned" and what's new in terms of experimenting with current styles. The song is for anyone who was told they can't, and who knew better and persevered.”

Plans for a new tour, new music videos and singles are well underway. Mark and his band consisting of Nathan Woodman (Goodluck, Jeremy Loops) on keys and Mark’s brother, Gareth Haze on drums, have been working tirelessly on bringing to life a new sound that’s sure to get hips shaking and heads bopping.

As long as the sun still shines, no one can rain on the Mark Haze parade that has started to unfold.
Mark Haze