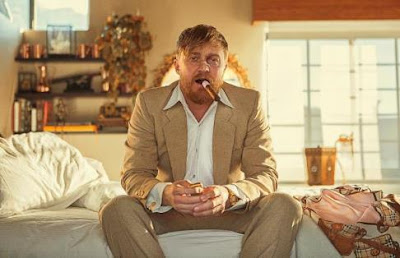 Francois van Coke’s second full length album, Hierdie is die Lewe (This is the Life) will drop on the 2nd of February 2017.

“Hierdie is die Lewe is about life, the good, the bad, love and hate, the past, the future and the present.” Francois van Coke

This album is the natural progression from his successful and acclaimed self-titled debut album and can be viewed as a snapshot of where Francois is in his life right now.  The sound is similar to the first album and Francois stays introspective.

Hierdie is die Lewe was produced by Johnny de Ridder (Fokofpolisiekar guitarist) and Rudolph Willemse (Francois’ bassist) at Soft Light City in Bellville and Francois crafted the songs over time with his band, Die Gevaar.

“I’ve been listening to older pop tunes by Beach Boys and The Beatles and their influences can be heard on my album’s melodies and sound.  There are still a few rock ‘n roll numbers and some ballads,” says Francois.
Francois van Coke