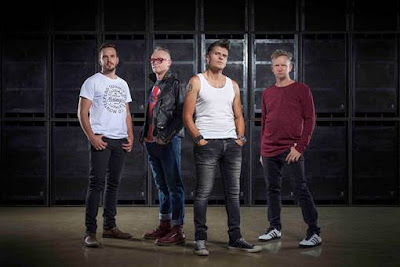 WONDERboom have released their brand new single and the music video for ‘Ooh La La’.

Celebrating 21 years in the music industry, WONDERboom are one of South Africa’s longest-standing rock bands and boast an impressive catalogue of songs which include the hits ‘Never Ever’, ‘Something Wrong’, ‘Jafta Rebel’, along with their legendary rendition of èVoid’s hit ‘Shadows’.

“‘Ooh La La’ was an extremely fun video to shoot. It took some acting, some miming, some tomfoolery and serious imagination. We’ve really found a beautiful visual relationship with Roger Williams, that we haven’t had in a long time. He just totally gets our music, our personalities and our vision. So many times we take ourselves too seriously and then totally miss the boat, being ‘cool rockstars’. ‘Ooh La La’ is us in touch with our childish selves,” comments frontman, Cito.

‘Ooh La La’ is out now on for streaming on Apple Music and available for digital download from iTunes – https://itun.es/za/x0Sthb
Ooh La La Wonderboom