Francois Van Coke – Hierdie is die Lewe is a Hit! 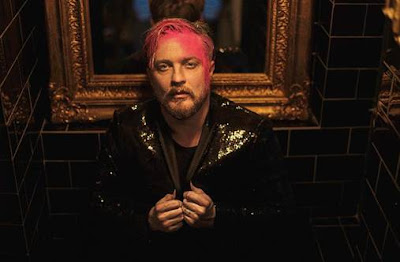 It is no wonder that Francois van Coke and his band, Die Gevaar, were onto something very special when they produced his second solo album, Hierdie is die Lewe.  It has a timeless quality and is one of those albums that will stay a favourite in many a music library for years and years to come.
Hierdie is die Lewe was released on 2 February 2017 and has been reaping numerous accolades from fans and media ever since. The album kicked off at the number 1 spot on iTunes, stayed at that position for a week and was on the Top 10 for 5 weeks.
Hierdie is die Lewe album entered the SA Top 20 chart after the first week of its release and stayed there for 5 weeks.  This chart is based on national physical CD sales.  The album was in the top two positions on Pretoria FM’s Afrikaans Top 10 for three weeks in a row.  This chart is based on Musica’s national physical CD sales.
The current single, Dit raak beter has been played on 34 stations in South Africa since its release on 2nd February and is currently charting on several stations, including Jacaranda FM’s SA Top 20 and International Top 20.  The music video has been viewed over 65 000 times on YouTube.
The first single of the album, Mensdom, was released in November last year and reached number 1 spots on 3 radio stations.  The video for this single was at the number 1 spot on kykNET's Top 20 for 3 weeks in a row.
Die wêreld is mal (The World is Crazy) is coming soon…
According to online sales and the fans’ feedback Die wêreld is mal is the most popular track on the album.  It will be Francois’ next single and music video from the album and is due for release on 11 April 2017.
Die Gevaar Die wêreld is mal (The World is Crazy) Francois van Coke Hierdie is die Lewe