DJ Speedsta Introduces you to VICKY 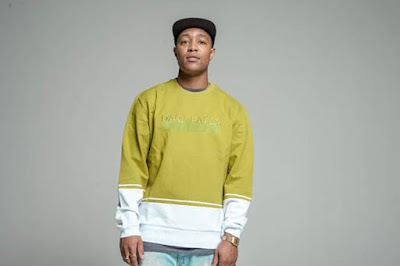 Serial hitmaker and Metro FM radio host, DJ Speedsta, returns with yet another hit single titled Vicky which features Jay Claude and Stogie T. The song follows right after the club banger I Don’t Know. Speaking on what the fan can expect on the new song, DJ Speedsta had the season in mind.

“I just wanted to make something nice for the summer, something easy on the ear with a vibe,” he said.

The song is an upbeat jam which speaks about young love from the perspective of a young man.

“Vicky is basically about a beautiful girl you have never met, you have an idea what she looks like, you don't know her from a bar of soap but she drives you crazy,” qualified Speedsta.

As usual with DJ Speedsta, all of his songs showcase the talents of South Africa’s finest rappers and singers. On Vicky he invited budding singer Jay Claude and Stogie T explained the reason behind choosing them.

“Jay Claude is one very talented individual I really hope people open up to him, I think he can do really well in this industry the talent is definitely there! Tumi - it's one of those bucket list things, always wanted to work with him & we finally found the right song,” he said.

The name Vicky is specific and some may wonder if the song if named after someone but DJ Speedsta refuted that sentiment.

“It’s named that because "Vicky" just sounds good,” he said.

“Vicky is going to be a smash! I'm on a roll right now, I am going to keep them coming,” he added, excitedly.
DJ Speedsta VICKY