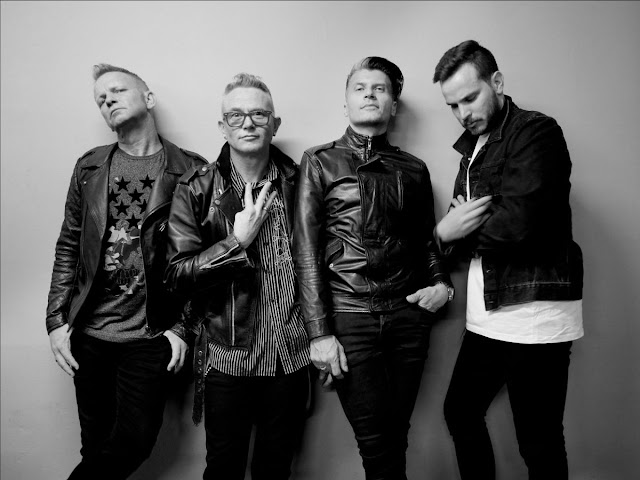 Cito explains the idea behind the song, commenting “I wrote the music and lyrics for Hell one evening, while my wife was having a bath. It just came to me – all in ten minutes. A late friend of mine (and Martin Rocka drummer), Dave Clarke, used to have this classic comeback line when someone would tell him to go to hell. “Joke’s on you, bud. I’m already there”. The song lived through a rollercoaster journey of demos, treatments and recordings. I was originally going to save it for my solo project, but after an initial recording of it didn’t work, I ended up recording it with WONDERboom. The single was mixed by Adam Howard of Howard Audio, who also added his talent to the recording with the apocalyptic, heavenly piccolo trumpet towards the end of the track.”

The music video plays cleverly with the 1930’s cinema inspired treatment of the black & white silent movies of the era.


Filmed by Steve East and Mike Justin Kretschmann in one shot on location at Pieter Toerien’s theatre at Montecasino, Cito had a clear idea of what he wanted.

“Music video-wise, we also went through some ride to get to this result. But the final vision in my head of a one-shot, portrait-styled, theatrical performance became clearer and clearer. Steve and Mark approached me to shoot a video and they accepted my daring concept. A one-shot, no-edit take, with a 1930’s treatment on a theatre stage; as if the actress were performing a scene in a tragic play as ‘The Tragic Widow’. A daring concept that cannot be pulled off by anyone I know, other than the beautiful and seriously skilled actress, Angela Kilian.”

Co-director Steve East from Rockford Media really looked forward to making this video with Cito. "Mark and I have always been fascinated by the one-shot technique for music videos, and having done it once before, we are always looking for new opportunities to experiment with it. So, when Cito came up with the idea, we jumped on it. We love giving the viewer work to do, I suppose. We want them to fully engage in the video for the whole one shot and pick up on the visual clues along the way, like some sort of weird pseudo treasure hunt. To have such a wonderful talent like Angela pull the script off, what an absolute pleasure!"

The film crew had quite a challenge with the timing, lighting and capturing of one shot to cover the technical demands of the video, but it’s clear to see that the true pressure to make the video a success was in Angela’s performance. The risk paid off and her stellar performance has delivered a brilliant music video for “Hell”.

“She had to dig deep and portray the lyrics, as if they were her thoughts, through a dynamic journey - from subtle expression to full-out rage with raw vulnerability. The twist at the end with Angela performing to an empty theatre and taking her life, perfectly captured the message of the song. There are some lonely people out there who lose everything when that one person they love is no longer there.  It was really special for me to tie in the theatre and I am really grateful for all the assistance and the usage of Pieter Toerien’s theatre at Montecasino.  It turned out better than I’d imagined,” comments an elated Cito.
Cito Hell Mike Justin Kretschmann Pieter Toerien Steve East Wonderboom