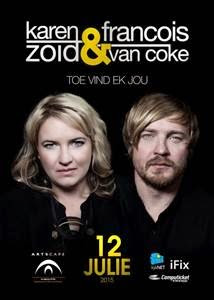 Dominating the country’s  national headlines on the 8th of April were grave reports of xenophobia, the Eskom power crisis and protesters chaining themselves to the Paul Kruger statue in Pretoria.  On 8 April Francois van Coke and Karen Zoid released arguably the most beautiful ballad of the year, Toe Vind Ek Jou. This song instantly captured thousands of hearts all over the country, switching on a light in the dark. *(Read Marianne Thamm’s analysis: Between a statute and a soft place – Afrikaners’ ongoing existential quest for belonging.  Daily Maveric, posted on 19 May.) Last week the music video for Toe Vind Ek Jou reached well over 500 000 views in little over a month. Francois believes that the success of this song lies in its openhearted honesty. With the release of Francois’ self-titled debut solo album he bravely embarked on a new journey and it’s paying off. According to the Kia Top40 SA with iTunes show Saturdays on 947 and KFM, Toe Vind Ek Jou is the first South African release to hit the Number 1 spot this year and the first Afrikaans Number 1. This show is based solely on the live Top 40 songs chart on the South Africa iTunes Store. A month after the release, the album and single was at the Number 2 position on the 8th of May and is still on the Top 10. This single and album still dominates radio charts across the country and the SA Top 20 top sellers chart, where the album has been on the Top 10 for four weeks. 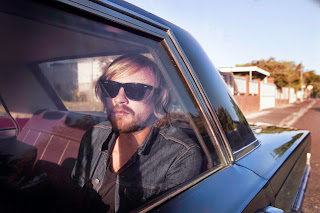 The Francois van Coke Live Experience
Francois’ shows with his live band, Jedd Kossew (Van Coke Kartel) on lead guitar, Richard Onraet (Jesse Clegg) on rhythm guitar, Rudolph Willemse on bass and keyboard and Sheldon Yoko (Die Heuwels Fantasties) on drums, have been a raging success. The last album launch show at Ridgeback in Centurion recently burst out of its seams with a double over-capacity attendance.  Everybody wants to share a piece of the Francois van Coke live experience. Francois van Coke and his live band have been confirmed to play at Oppikoppi later this year.  Before then he is off to Amsterdam and then London for a couple of shows in June and will play some hot blooded rock ‘n roll shows with Karen Zoid in July. Francois will undertake a tour in October with his full band again. The first stop on Francois’ European trip, will be at one of the most popular alternative music venues and nightclubs in Amsterdam, Paradiso, on  13 June. While in Amsterdam, Francois will shoot his second music video, Behoort Aan Niemand Nie, with his long-time friend, Johan Nel, who is responsible for several of Fokofpolisiekar’s music videos. Three more music videos will be released before the end of this year. Francois and Jedd Kossew will play two shows in London. He will perform at Orange Bull on the 19th and at Zulu Bull on 20 June.