CD REVIEW! Lil Wayne - I Am Not A Human Being II 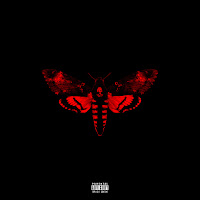 Rapper Lil Wayne's 10th studio album, I Am Not A Human Being II, is not quite what we expected. It's safe to say that the CD has the distinction of being the rapper’s most focused album yet, although it seems he didn't put that much effort into the CD.  I Am Not A Human Being II descends into nonsensical party rap — which isn’t bad in and of itself, but it’s the way it’s delivered by Wayne and his comrades (including 2 Chainz, Soulja Boy, and Drake): lethargic, bored, and uninspired. Effort. Just a little. This album has less than little. Lil Wayne is an aficionado of pussy-eating and doing lots of drugs, usually at the same time. That’s all you’ll learn from listening to I Am Not a Human Being Part II. Although there are several standout tracks on the album, it's not as cohesive as his previous work. Each track is vastly different from the next, like snapshots of planets Wayne visited as he soared through outer space during the recording process. Like space travel, it can be disorienting at times.
Drake Lil Wayne Soulja Boy Universal Music