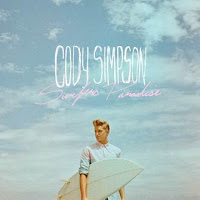 Teen hottie Cody Simpson has revealed details of his anticipated new album, Surfers Paradise, which follows the Australian-born pop star’s 2012 debut, Paradise. The new disc will be released on 16 July. “Surfers Paradise is basically the most famous area on the Gold Coast of Australia, where I am from,” explains Simpson. “I think this album really represents that piece of me, my lifestyle, and where I come from. When making my first album ‘Paradise’ it was sort of a journey to find myself as a young adult & artist. With 'Surfers Paradise' the entire process felt more natural and comfortable, like being back home. I wanted to share that feeling with my fans.” The CD is heralded by the buoyant new single, “Pretty Brown Eyes” which has been hailed by Billboard as a “happy-go-lucky...summer anthem.” In other news, Cody recently announced the release of his first book, entitled Welcome To Paradise: My Journey. Featuring never-before-seen photos and exclusive details about Cody’s incredible life on and off stage, the official autobiography will be published by HarperCollins on 24 October.