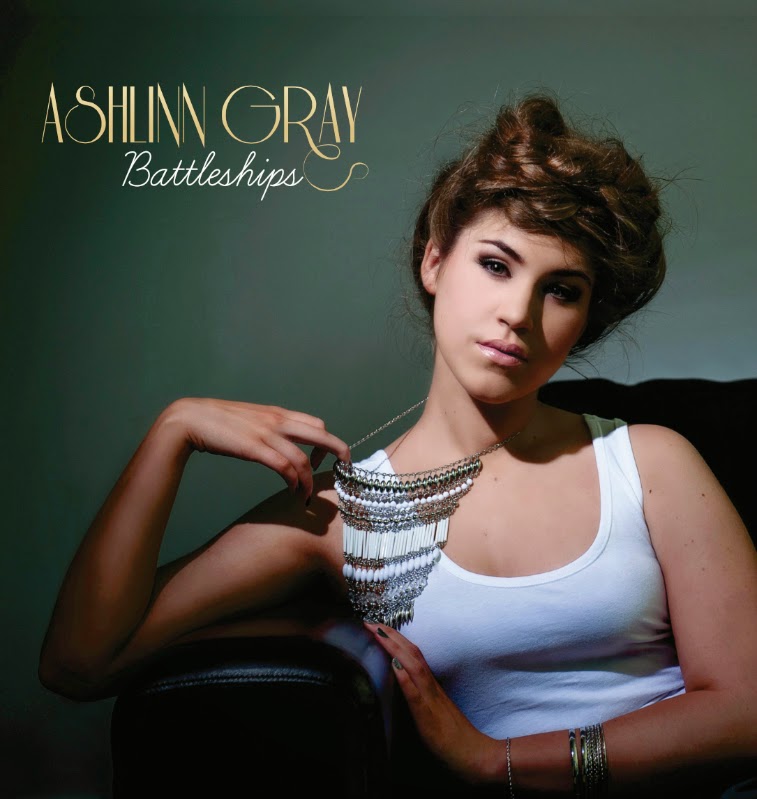 Ashlinn Gray is barely out of high school and already her music career is soaring. The 17-year-old singer songwriter began drama, singing and piano lessons in Grade 4 and unlike her acting ability, singing didn’t come naturally. Instead of being a deterrent, it became her motivator. She practised day and night getting her voice into shape, knowing that there was a God-given talent brewing inside her. She had a story to tell and music was to be the answer. At the beginning of 2014, she chose to drop out of school and go the correspondence route, allowing more time and flexibility to manage her evidently booming career. She enlisted the help of close friends and fellow musicians Greg Jorden and Wesley Ayliffe, and together they brought her music to life. Battleships is the first single from the Johannesburg based songstress, an up-tempo pop number with a background story to inspire. She explains, “I wrote this song when I was a month or so into home schooling myself for the first time, contemplating if it was worth giving up being with my friends every day. The little voice inside my head was telling me that this whole “music thing” wasn’t going to work out and I was starting to believe it. I felt like I was searching for something while being blindfolded. But whilst sitting at the piano and starting to write Battleships, I regained that vision of reaching for my dreams, not listening to the negative words from myself or the people who thought I was making a mistake by following my dream. “So this song is about a journey of conquering negativity and working hard at making dreams become reality. Battleships really is about the highs and lows of winning and losing a never ending war that continues as long as you’re up for the fight; believing in yourself and not surrendering to those who don’t believe in you.” Where do I see myself in 10 years from now? “My future,  if I had to share a picture, would be an internationally recognized singer and actress that is not just known for her talent and craft but also her heart in helping others and being a role model. Although it may sound stereotypical and dreamlike, it is heartfelt .”
Ashlinn Gray Battleships