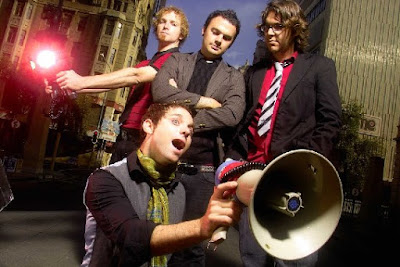 On 30 August the Old Mutual Music in the Gardens series makes history, when both the Pretoria National Botanical Garden and the Walter Sisulu National Garden will host performances by iconic South Africa artists.  The Parlotones will play in Pretoria from 13:00, while Johnny Clegg will play at Walter Sisulu from 17:00. Old Mutual, Jacaranda FM, SANBI and Hilltop Live have lined up the cream of the crop to perform at the 2015 Old Mutual Music in the Gardens series, and who better to kick off the second half of the series than one of the most successful bands ever to come out of South Africa - The Parlotones. The Parlotones - Kahn Morbee, Neil Pauw and brothers’ Glen and Paul Hodgson - formed over 10 years ago and have achieved massive success in South Africa, as well as the UK, Germany, Austria, Switzerland and North America. The winners of two SAMA awards for Best Rock Album have also toured South America, Canada, Australia, Japan and Russia. Legends they have toured with include Coldplay, Starsailor, Snow Patrol and Blue October. The Parlotones released their new album in April this year.  Antiques and Artefacts features the singles ‘Dance’ and ‘You Need to Stay A While’ and fans of the band can expect these along with firm favourites ‘Push Me To The Floor’, ‘Giant Mistake’, ‘Colourful’ and more. The Parlotones will be joined by Johannesburg singer/songwriter Trevor Rebello. Tickets are available before concert day via www.plankton.mobi for R50 per adult, and at the entrance on the day for R100 per adult. Children under 12 enter for free.
Johnny Clegg The Parlotones