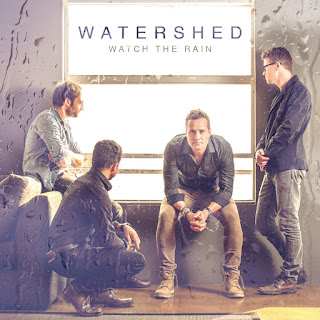 SA’s number one acoustic rock band, Watershed, are back with their first album in 5 years. As Watershed’s fifth studio album this latest release marks a fifteen-year bond with fans, both locally and globally, and it doesn’t disappoint! Watch the Rain may represent a new progression in the band’s voyage and accession but it still promises audiences the same powerhouse performances, inimitable vocals and impeccable musicianship and that have helped forge the band’s international recognition and success. Critics are already calling Watch the Rain the band’s ‘finest work to date’, showcasing a collection of multi-layered tracks that portray a soulful blend of new-age country and acoustic rock. Ear-marked for release abroad by their record label, Watershed’s latest offering is bound to not only reaffirm their position as one of the country’s greatest exports, but also spawn a whole new generation of adoring fans. As the first single from the album, Magical Energy, already dominates the airwaves, boasting the number one spot on several radio stations across the country. All this meaning that, as with Watershed’s first hit single, Indigo Girl (released to mass acclaim in 2000), it’s could quite easily be ‘Watershed hysteria’ all over again! “As we’re very proudly ‘homegrown’, it was very important to us that we put out an album that not only celebrated this, but also took our fans on a whole new musical, forward-thinking journey”, says legendary frontman and lead singer, Craig Hinds. “As a matter of fact, this album should have been out months ago, but we weren’t leaving the studio until we were happy that our vision had been perfectly captured with every track.”
Watershed