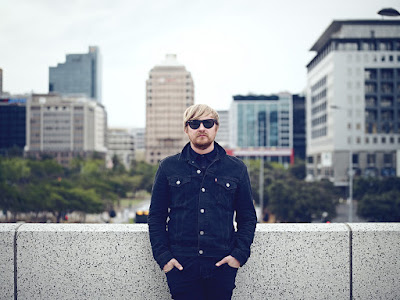 As professed, 2015 did turn out to be Francois van Coke’s year.  The success of his self-titled debut album and his break-out hit with Karen Zoid, Toe Vind Ek Jou, has been widely publicized. Francois exits this year on a high note as Apple Music and iTunes have announced his solo album as Best Afrikaans Album of 2015.  In August Toe Vind Ek Jou reached Platinum Status digitally, in excess of 20 000 downloads on iTunes alone. On the 10th of December, kykNET released the music video for Neonlig featuring Die Heuwels Fantasties.  Francois describes this song as a “somber grunge pop”.
Francois van Coke