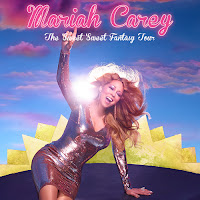 Big Concerts is very happy to announce that Mariah Carey will be adding a Cape Town and Durban concert date when she tours South Africa for the very first time in 2016. The Sweet Sweet Fantasy tour will be in Cape Town on 26th April 2016 at Cape Town Stadium (intimate configuration) and Durban on 29th April 2016 at Moses Mabhida Stadium. Presented by KFM, CapeTalk, East Coast Radio, Mzanzi Magic Music and Channel 24. Another Big Concerts Experience. Drawing on a back catalogue of over 18 No. 1 singles, Mariah will be performing her biggest hits, including the timeless ‘Hero’, ‘Fantasy’, ‘Always Be My Baby’, the global smash hit ‘We Belong Together’ and many, many more. Mariah Carey is a music icon, a soul legend, a pop phenomenon, a breathtaking live artist and planet Earth’s best-selling female artist of all time. She has sold over 220 million records and 17 of her 18 Billboard Hot 100 No. 1 singles have been self-penned, including 'Fantasy', 'Always Be My Baby', 'Hero', 'Touch My Body', 'One Sweet Day', and 'We Belong Together', more than any other solo artist.