Jack Parow is back with a new song and EP! 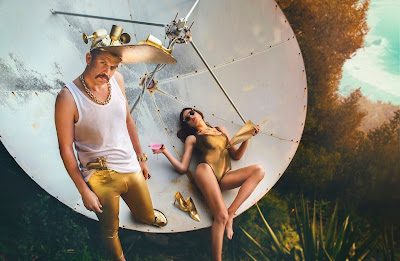 It's kief and it is lekker! Jack Parow is back with one hell of a great track, Kattenkwaad with De Kraaien. Jack garnered massive success when he dropped his Nag van die Lang Pette double album in The Netherlands and Belgium in 2014.  Our Afrikaans rapper made his mark on this territory by appearing and performing on the biggest TV shows and radio stations there.  He made thousands of new fans with two sold out club tours in 2014 and a super successful summer tour in 2015. It was during these regular visits that Jack Parow met like-minded Dutch artists which resulted in inevitable next-level collaborations. During his European summer tour in 2015, Parow worked with a few Dutch and Belgium artists to create the From Parow with Love EP. This EP will be available from Friday, 29th January 2016. The first offering from this release, Kattenkwaad with De Kraaien is out now to hold us over until next week. Check the video HERE!
Jack Parow Kattenkwaad with De Kraaien Nag Van Die Lang Pette