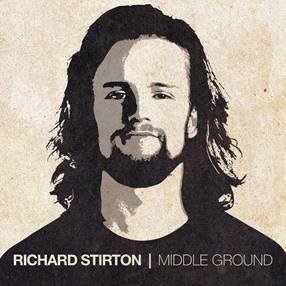 The writing and pre-production of the album took place over three months and includes contributions by various writers, including Richard himself. He also had the opportunity to work with the likes of Brad and Josh Klynsmith from Gangs of Ballet and Jethro Tait from the group Four on this album. Middle Ground was produced by Denholm Harding and recorded at the legendary B-Sharp Studios in Boksburg.

Richard describes the recording environment as very relaxing - something he sees as vital for fostering creativity because “when you are truly comfortable, you can fully express yourself from a creative point of view”, he says.

“The Voice SA and my experiences since winning the show have opened my eyes to a lot of different aspects of music, the writing process being one of them. This journey has helped me to deliver a diverse, emotive and honest album. I am exceptionally proud of the album. The messages of the songs are honest and true and the efforts put in by everyone involved are aligned with this. I feel very blessed to have had the opportunity to record this debut album, to have worked with some of the best musical creators in the industry, and the product that has been created as a result of that,” Richard concludes.
M-Net Richard Stirton