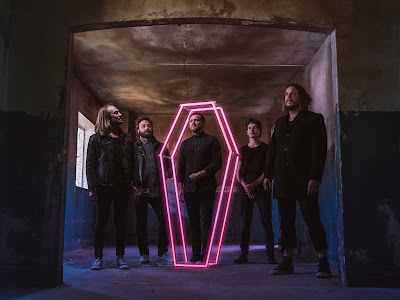 History will look back at Fokofpolisiekar as a culturally significant phenomenon.  From the get-go they have been pulling at threads unravelling debates and emotions; tapping into the uncomfortable to play their part in culture building.  With the release of the music video for Parkiebank, herfs 2017 they continue to do so.

Fokofpolisiekar wanted to create something more than just a normal music video and wanted to fuel a social dialogue, so they approached filmmaker and photographer, Sean Metelerkamp.  Sean was also responsible for the visually impressive Fokofpolisiekar video called Antibiotika.

The result is a 3-part visual piece:

2.  A series of interviews with young Afrikaners documenting their views about their place in the world and how they see their future.

3.  A cutting edge virtual reality world that only Francois van Coke has seen.

In November 2017 Fokofpolisiekar invited their fans via their social media channels to be a part of the Parkiebank, herfs 2017 music video.  Interviews were held in Durbanville, Stellenbosch and Bloemfontein.  Anyone could take part and their opinions were captured without judgement.

These interviews were shared on Fokofpolisiekar’s social media networks over the past two weeks leading up to the music video’s release.

The viewpoints of this peer group varies and inspires more questions than answers.

"Ultimately I think the point of the song is to get people to ask themselves important questions regarding their identity and the role they see themselves playing in broader society; in order for them to make informed decisions,”  says Hunter Kennedy, lyricist and guitarist for Fokofpolisiekar.
Fokofpolisiekar Francois van Coke Hunter Kennedy