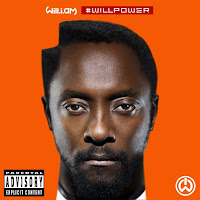 Rapper will.i.am has made his new album available to listen to online, reports Digital Spy. The rapper has uploaded his fourth solo effort #willpower on to YouTube ahead of its release on 22 April.The collection features his hit singles 'This Is Love' with Eva Simmons and 'Scream & Shout' with Britney Spears, as well as new release '#thatPOWER' with Justin Bieber. Nicole Scherzinger, Miley Cyrus, Chris Brown, 2NE1 and Black Eyed Peas star apl,de.ap are among the other collaborators to feature on the set. However, the star has decided not to include his Jennifer Lopez and Mick Jagger collaboration 'T.H.E. (The Hardest Ever)', despite it reaching number three on the UK chart. Have a listen to the album, HERE!