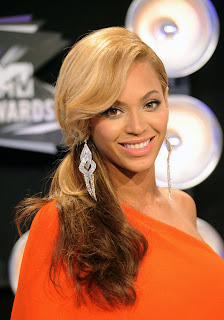 Speculation is growing that Beyoncé Knowles is pregnant again, reports music.com. The music superstar is currently on the road with her spectacular Mrs Carter World Tour. Photographs have emerged on blogs of the singer showing what seems to be a baby bump while on stage recently. Sources have also told the New York Post that the 31-year-old star is expecting her second child with husband Jay-Z and carefully tried to disguise her growing curves at the Met Gala in New York City last week. The singer stepped out to the red carpet event in a Givenchy gown with a high waist and belt detail that would have hidden her stomach area. Beyoncé gave birth to her daughter Blue Ivy in January 2012 and has made no secret of her desire to add to her brood with Jay-Z. Just last week, she revealed in an interview with Good Morning America she admitted that she wanted Blue to have some 'company' from a sibling. 'I would like more children. I think my daughter needs some company. I definitely love being a big sister. At some point, when it's supposed to happen,' she smiled. The star also spoke about juggling her work commitments with family life since becoming a mom. Beyoncé is determined that Blue should have a 'normal' childhood. 'I am very protective. I just want to make sure that she can have a healthy, safe, normal life. In the back of my mind, she's my priority,' she added. 'And life is completely different now. So I feel really, really just lucky that I can still do what I love, and now have a way bigger meaning. And that's to be her mother." A representative for Beyoncé has not commented on the pregnancy rumours.