It's all about the music for local star, Shaun Jacobs

on May 23, 2013
'Love Can' singer Shaun Jacobs opens up to The Beat about his mega tune Love Can, his dad who is a trained opera singer and his view on reality music TV shows, like The Voice. 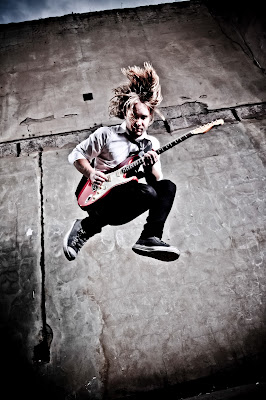 Your song Love Can is blowing up on airwaves in South Africa. What are your thoughts on the success? Yes it's been really exciting! Radio is a very fickle thing, and when you're putting a song together in studio you really don't know how radio is going to respond to it. When I put Love Can together, I worked really hard at stretching myself to create something a bit different to anything out there, but still aiming for it to be accessible enough that it wouldn't be written off as something weird. When I first started playing the song to people I got an amazing response, and after that it was a case of holding breath to see if radio would accept it. I guess they did!

When did you record the song and what inspired you to write the song? I started recording the song in about October or November of 2012 I think, and worked for a number of weeks just on the production. I then let it lie for a bit and came back in January and finished off the mix. I always say that my music is written from love, life and faith, and the lyrics flow out of those 3 things. The verses of the songs are written from the journey my wife and I have been on with my music career, where things haven't happened quite the way we had planned, but it's just a case of taking heart, it's okay, we're not lost, we're just plotting a different course and we will get there in the end if we stay strong in our love for each other and God's love for us, because love can get through a lot.

What’s the history of Shaun Jacobs? Well I grew up in a family of 6 with a dad who is a trained opera singer, and my two brothers are very good guitarists. I started out as a drummer, and then my brothers taught me guitar and my dad gave me some singing lessons. I then started writing songs when I was 16. When I left school I started a band called Harbourlight and we played together for 5 years before Simon Painter in Los Angeles took an interest in me and encouraged me to go solo. He is working as my manager from LA and is helping me develop my career here before he brings me to the States to take a shot at it there!

What is the name of the CD which features Love Can? Ha ha, good question. I'm not sure yet! I can tell you that I have been recording a LOT of music in the studio and I am so excited about the songs for this album. Once I have narrowed the album down to the final track listing I will finalise the title.... 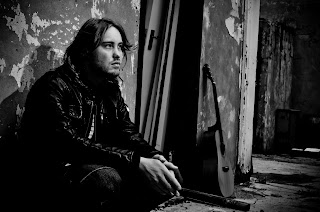 Where did your love for music started? Probably when I was about 11 or 12 I think, I can remember connecting emotionally with certain songs, and loved singing in the shower ha ha!

How would you describe your musical style? Not really sure - think it's quite hard to describe your own style. I usually just say melodic rock, but I try and incorporate other elements as well. So I would be interested to hear how others would describe it :)

Who are your favourite musical artists? My favourite band is still Coldplay. And like most, I was also very influenced by U2. When I was younger I listened to a lot of the Cranberries.

What don't people know about you? Mmmm. I don't think I have any dark secrets or anything. I guess one thing not many know is that I had always wanted to be a professional show jumper until music took over - I used to train about 8 horses a day at one stage in high school.

What are your thoughts on musical reality TV shows like Idols, The Voice, etc? I actually think they are fantastic platforms for people to get the chance to be discovered. I love the Voice because I feel like the focus is on trying to develop artists in a helpful and positive way, without trying to find the biggest way to insult people who are putting themselves on the line.

How and where can fans find out about your gigs? Facebook. I put everything up there - www.facebook.com/shaunjacobsmusic If you would like to book me, send a mail to info@calebrecords.com.