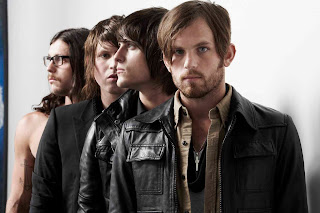 Rockers Kings of Leon have revealed that their new album is "musically complicated", reports Digital Spy. The band have been working on their sixth studio album over the past year and have teased that it will include "elements" of their earlier work. "There are definitely elements of it," Jared Followill told fans on Twitter when asked if the new music will sound like their earlier work. "Songs. Not as a whole though. It's a culmination of all of them." He later added: "Vibe/feeling could be compared to the first couple. It's much more musically complicated though, so I'd have to say the last 2." Kings of Leon recently confirmed that their new album will be released in September.