on May 13, 2013
As 2013 storms to its halfway mark, Rolling Stone Magazine asked their readers to vote for the 10 worst bands of the 90s. A difficult task, one might think, but the results were gob smacking interesting and even left us dumbstruck! 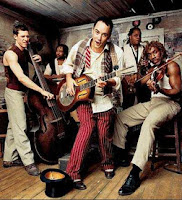 10. Dave Matthews Band
Although Dave and his buddies still continue to make zillions of dollars with CD sales and ticket sales for concerts, some fans felt that the band lost their way after the Nineties. A 2005 article from the Onion with the headline "Dave Matthews Not That Into Himself Anymore" captured this nicely. "Me and my band are still okay, but I feel like I've grown out of us," Matthews was quoted. "Back when I was in the college charts, we were about all I listened to, but I guess I'm at the point in my life where my music just doesn't speak to me." 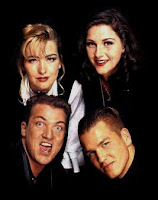 9. Ace Of Base
The Swedish foursome had a hot brunette, a hot blonde and two anonymous dudes nobody cared about. Almost nobody in America and South Africa knew their names (and they couldn't pronounce them if they did), but for a good year or two they were huge. "All That She Wants," "The Sign" and "Beautiful Life" were everywhere. But as the decade ended, their musical career also came to a screeching halt. So, did they saw the sign? We doubt it. 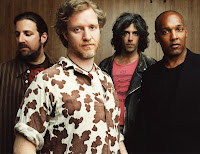 8. Spin Doctors
In the early part of the 90s (1992/1993) every teen were listening to Spin Doctors as their songs Two Princes and Little Miss Can't Be Wrong stormed up the chart. Their CD Pocket Full Of Kryptonite was selling fast, but alas, it all started spinning out of control with the release of their second CD and the song Cleopatra's Cat. Although the band is now a regular on the nineties nostalgia circuit, The Beat is still surprised that they made the list. Weird. 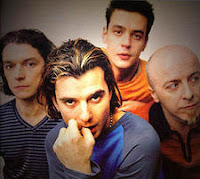 7. Bush
Confession time, I'm a HUGE fan of Gavin Rossdale and his band Bush and were quite surprised that this band made the top 10 list. They contributed to the grunge era with brilliant songs like Glycerine and Comedown, but after their split in the mid-90s, people forgot about them, and even when their reformed in 2010, nobody actually cared.

6. Hootie And Blowfish
I saw this band live in South Africa way back in the 90s - weird show, with the band even trying to stop a fight that broke out in the crowd. But yes, they made us sing along to Let Her Cry, Only Wanna Be With You, and Hold My Hand. Everybody liked them. But their follow up releases sucked big time and the hoot died out. 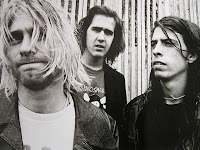 5. Nirvana
Now this is a MAJOR SHOCKER! People actually considering Nirvana as a bad band? Geez! But again, those who voted weren't probably around when Nirvana crazed gripped the music scene. I just think people who voted for the legendary (YES! LEGENDARY!!) Kurt Cobain and his band Nirvana were wrong. Nirvana don't belong on this list, or what is a secret conspiracy from faded 90s acts who stuffed the voting lines? 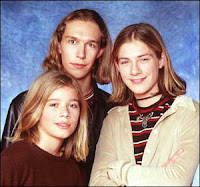 4. Hanson
Damn. They should have been at number 1. The long-haired teenyboppers had the world Mmmbopping to their music accompanied childish innocent fun music video which parent probably felt were good for their young children. Boring! They irritated the hell out of me, and even made an appearance on Oprah - why? Yes, they should have been at the number 1 spot for most hated band of the 90s. 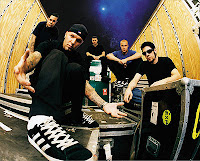 3. Limp Bizkit
Fred Durst was this angry white guy from America who hated everything and everyone and he sang about it in his band's nu-metal rap songs, but all good things come to an end, and so it was for Limp Bizkit as well. They came, they kicked ass, and vanished. People got tired of angry white guys rapping on metal about how they hate the world.

2. Nickelback
This is another surprise to see on the list, and even that it's number 2! Chad Kroeger and the boys shot to fame with their rock ballad How You Remind Me and we just loved Chad's hoarse voice, but then, all the singles featured the hoarse voice and some people got quite pissed off by it. Nevertheless, the band released, and continue to release, great rock music, so I don't understand why it's on the list. It's hard not to feel a little bad for Nickelback. Sure, they aren't the greatest band in the world, but people act like they make Nazi folk music or something. But alas, everyone is entitled to a vote and unfortunately for Nickelback, they made the number 2 spot. 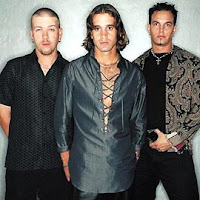 1. Creed
Scott Stapp and his band had fans eating out of their hands with songs like With Arms Wide Open, My Sacrifice, One Last Breath and Higher, but soon fans became tired of them, and even sued the band after a famously bad show in Chicago in 2003. The band reformed in 2009 for a reunion tour, but their fans have moved on. Sales were so horrendous in Birmingham that tickets were lowered to 75 cents. Eish! Sorry boys...you just don't make the cut in this poll.