Bob Marley gets remixed – not a good call at all 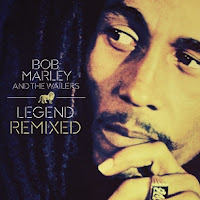 The Bob Marley & the Wailers album Legend Remixed will be out on 25 June. All 16 tracks from the original album have been reimagined by a long list of DJs and producers including Thievery Corporation, Roni Size and Nickodemus along with My Morning Jacket's Jim James, Lee 'Scratch' Perry and Marley's sons Ziggy and Stephen. Now, it's always a scary business remixing songs that are perfect in its original format and yes, I was very hesitant when I heard of this project, because if it goes wrong, it goes wrong BADLY! Honestly, my first thought was "leave the legend alone - his music is perfect as is." The Beat got a chance to listen to most of the CD, and it's honestly, it is just not the same. Sorry. I've said it. It sucks. I'm not sure how Bob would react hearing some of his tunes being 'updated' drum & bass and EDM style. At least the essence of Bob's tunes are all still there, although they are buried under layers of scratches and tweaks. I don't think I'll be buying this CD, and would rather stick to the original versions. Many thanks, but no thanks. If curious, go listen to samples of the songs on the CD, HERE.
Bob Marley Stephen Marley Ziggy Marley