Cher to debut new single on The Voice 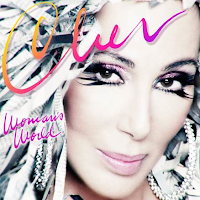 There is no stopping singer Cher - not even old age. The singer, who will release her new CD on 24 September, will be performing her new song song “Woman’s World,” the first single from her upcoming and highly anticipated new studio album on the season closer of the reality show, “The Voice,” it was announced today. This will be Cher’s first live TV  performance in over a decade. “Woman’s World” will be simultaneously released digitally on June 18th when fans can pre order Cher’s new album on iTunes, Amazon or Cher.com. Most recently Cher co-hosted the TNT “Women in Film” Series with Robert Osborne and produced the Lifetime show “Dear Mom, Love Cher” which aired last month and is expected to be released on DVD later this year. Cher counts Oscar, Emmy, Grammy and several Golden Globes amongst her long list of awards.  Her multi-platinum “Believe” album which sold 20 million copies contained the single “Believe” selling 11 million copies.  Cher is the only artist to have a No. 1 single on the Billboard pop charts in each of the last six decades.
Cher The Voice