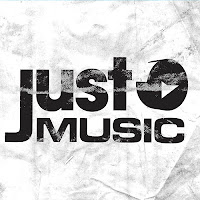 Local record label Just Music celebrates 10 successful and memorable years as one of the South Africa's leading independent record labels. Founded in 2003 by the well-respected music industry executive Karl Anderson, Just Music is unarguably one of the most influential, credible and successful indie labels ever to emerge from the South African music scene. Just Music has become the ‘go-to' label for cutting-edge South African as well as international artists and labels. As a home for many of the world’s most relevant indie labels, the label has not only serviced the existing alternative markets, but also broken ground in developing new markets for the trend-setting and progressive artists they have passionately, and often bravely, released. Apart from massive international successes, Just Music has discovered and developed some of the leading artists in South Africa. Included in the carefully selected roster are The Muffinz, Locnville (LCNVL), Zebra & Giraffe, Flash Republic, Yoav, Shadowclub, Tailor, GoodLuck, Pascal and Pearce, and more recently, Nakhane Toure, The Anti-Retro Vinyls, Matthew Mole and Death By Misadventure. The label works closely with artists to ensure that they not only make an impact on the music scene but also that they have long and sustainable careers. This full-service support for artists has made a Just Music deal a highly coveted signing - coveted by artists and respected by the rest of the industry.
Just Music