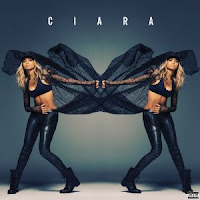 Ciara’s fifth self-titled album may have found this 27 year-old her shining moment. It is really good.  The last year found Ciara trying to recreate the magic of “Goodies” from years ago. She finally found that magic. On Ciara, CiCi is back with a sassy vengeance. Putting her last two commercially waned albums (Fantasy Ride, Basic Instincts) to the side, Ciara dusts herself off and comes out swinging. The intro track "I'm Out" features Nicki Minaj and it’s real ladies' anthem that could be a mega hit. The seductive lead single “Body part” is reminiscent of 90’s R&B with its sultry grooves. “Super Turnt Up” features Ciara’s first attempt at rapping on a record as well as self-producing the southern hip-hop influenced record. “Overdose” is a straightforward pop track and one of the most striking tracks on the record with the addition of a scraping EDM beat. “D.U.I.” is definitely one of those ballads you play when you’re thinking about being in love. This is a really great record filled with many ferocious pop moments that make it perhaps her best ever.
Ciara