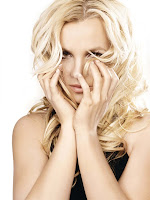 Britney Spears has admitted that her new album "needs to be perfect". Digital Spy reports that the singer has been working on the follow-up to 2011's Femme Fatale throughout the year and reassured fans that new material will be premiered soon, after they made 'We Need Britney's New Album' trend on Twitter. "It's coming sooner than you think ;) But this album is for my diehard fans so it needs to be perfect!!!!" she tweeted in response to the trending topic. Spears has been working with a range of producers including William Orbit, Naughty Boy and will.i.am for the collection. Orbit recently teased that the star's new album contains "songs to die for" after working with her earlier this year.
Britney Spears