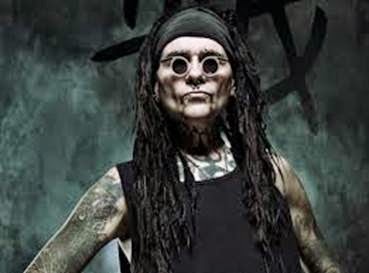 Industrial Metal Godfathers Ministry are set to tear the faces off Johannesburg on 4 March 2015. The band are playing a once-off show as part of their current world tour at Carfax in Newtown Johannesburg and will be supported by South Africa’s very own Terminatryx and The Slash Dogs. With a pioneering history spanning over 30 years the band was formed in 1981 by lead singer Al Jourgensen, originally as a new wave synthpop outfit. They subsequently changed their style to industrial metal in the late 80s. Ministry found mainstream success in the early 1990s with their most successful album Psalm 69: The Way to Succeed and the Way to Suck Eggs (1992) and touring as part of the Lollapalooza festival. After 27 years of performing, Jourgensen decided to end the band in 2008, claiming a reunion would never happen. However, in August 2011, a reunion was announced when Ministry confirmed they would play one of their first shows in four years at the Wacken Open Air Festival in August 2012. Ministry released a new album titled Relapse in March 2012, that was followed by a world tour. Following the death of long time guitarist Mike Scaccia, Ministry released their last album From Beer to Eternity in September 2013. Tickets are R480 and available through www.witchdoctorproductions.com and www.computicket.com