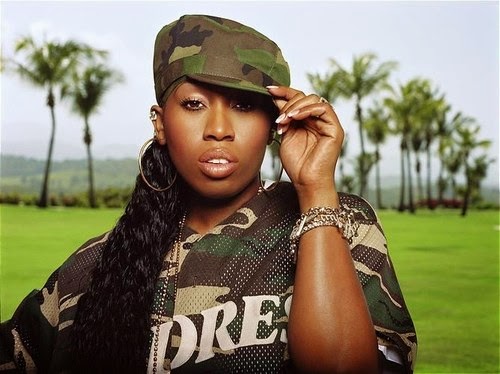 For those who haven't seen the 2015 Super Bowl halftime show, go WATCH IT! Katy Perry blew us away, but it was Missy Elliott's guest spot that really got our attention. She was fan-tas-tic! The beat, the songs, the dance moves, well everything just exploded in music history. Missy Elliott performed a medley of three tunes during Katy Perry's halftime spectacular: "Get Ur Freak On," "Work It" and "Lose Control." Now billboard.com is reporting that "Industry sources suggest Missy Elliott's catalogue of songs could earn a sales increase of around 1,000 percent in the week ending Feb. 1, jumping to perhaps 70,000 (or more) downloads sold. That would be up from just 6,000 in the week ending Jan. 25, according to Nielsen Music." The article also says the of the 3 songs Missy Elliott performed, "they are each aiming to sell around 15,000 to 20,000 downloads for the week. In the previous week, each sold around 1,000 downloads, according to Nielsen. "Work It" looks to be the halftime show's biggest seller, as it may shift around 20,000 downloads."