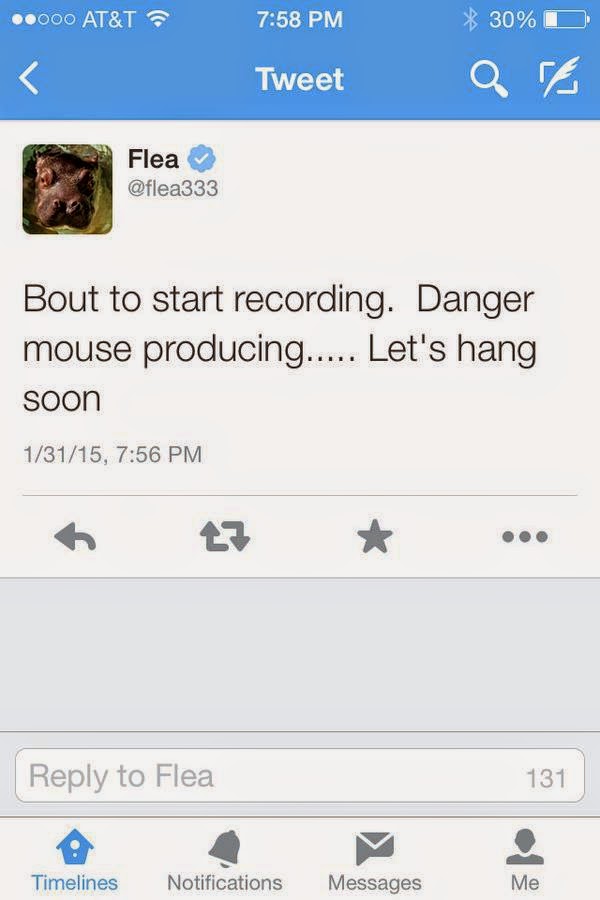 There were rumours and more rumours, but between all the rumours one thing seems to be true - producer Danger Mouse will be at the helm of the new Red Hot Chili Peppers CD. In a since deleted tweet, Chili Peppers bassist Flea confirmed Danger Mouse as the previously mentioned “unnamed producer who is really challenging us to find new ways to come up with new music.” Flea apparently also claimed that the new music is "cool" and "It's super danceable, funky s**t and some real introspective, pretty stuff." The new CD will be the first time that the band is not recording with producer Rick Rubin who worked with the band from 1989. Danger Mouse worked with The Black Keys also helmed U2’s Songs of Innocence. The new Red Hot Chili Peppers CD should be out this year. Their last CD was I'm With You (2001).
Danger Mouse Flea Red Hot Chili Peppers The Black Keys U2