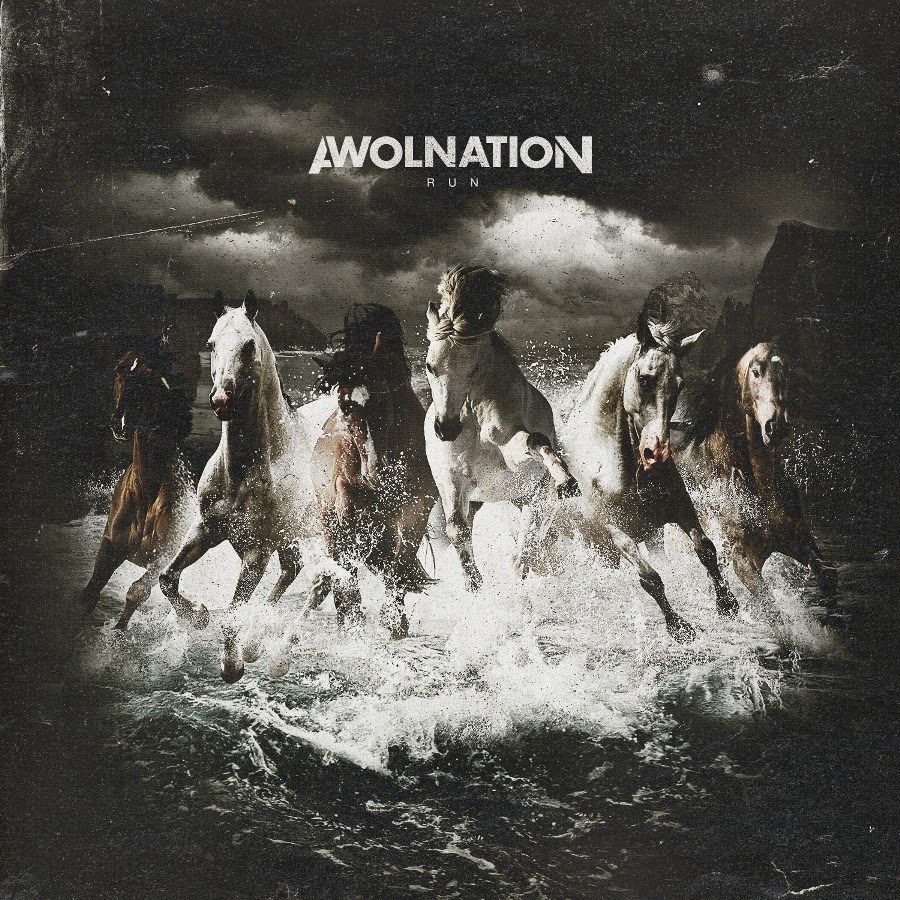 The first single off the album “Hollow Moon” (Bad Wolf) was released to radio in South Africa in February and is playlisted on 5fm, as well as various campus, community and online radio stations. It is currently charting on Tuks fm, Pukfm and Kovsie fm.

AWOLNATION is currently premiering a new video for “Windows” that can be viewed on YouTube. Fans that pre-order the new album at iTunes will instantly receive downloads of “Windows,” the title track “Run,” and the debut single “Hollow Moon (Bad Wolf).” Already climbing the charts, the track quickly became the #1 most added track at alternative radio where it currently sits in the Top 10. KROQ will stream a special AWOLNATION performance live from the Red Bull Sound Space on Tuesday, March 10 at 3:00pm Pacific. Fans can view the concert in its entirety online at http://kroq.cbslocal.com/webcast.

Following a whirlwind two-year world tour in support of Megalithic Symphony, AWOLNATION withdrew into the depths of the California coastline to construct the sophomore effort. A culmination of the years following the release of the debut album, the 14-track Run, was written, performed and produced entirely by musical architect Aaron Bruno. The end result is a finely tuned musical masterwork that is at times, and all at once, sprawling, atmospheric, exuberant, earnest and refined with moments of a signature aggressive unease.  “There is not one second on the record that hasn’t been thoughtfully placed,” said Bruno. “Every single element serves a purpose.”

Standout songs alongside the first single “Hollow Moon (Bad Wolf)” include the cinematic “Jailbreak,” the soaring anthem “I Am,” the title track “Run,” the euphoric “Windows,” the painfully vulnerable “Headrest for My Soul,” and the atomic rebellion of “KOOKSEVERYWHERE!!!!”

Released in 2011, the band’s gold-certified debut album Megalithic Symphony was an alternative music revelation that became an astonishing success resonating with fans around the world. The album holds a number of long-running Billboard chart positions including 146 weeks on the Independent Albums chart, 111 weeks on the Billboard Top 200, 105 weeks on the Top Rock Albums chart and has topped the Heatseekers Albums chart 8 separate times.

Their hit single “Sail,” a redefining global anthem, is certified 6x platinum in the U.S. and is the second longest charting song in the Billboard Hot 100's 55-year history. It has amassed hundreds of millions of video views and streaming plays online, topping Billboard’s Rock Streaming Songs chart in 2014 and charting around the world: it is certified 10x platinum in Norway, 6x platinum in Canada, 3x platinum in Sweden, 2x platinum in Australia and New Zealand, platinum in Switzerland, gold in Austria, Germany and the UK.
Awolnation Hollow Moon (Bad Wolf) Run