on March 17, 2015
At the end of 2014, FOKOFPOLISIEKAR successfully launched their Dagdronk Blonde Ale; the first in their series of four craft beers. Sales exceeded everyone’s expectations and the Blonde Ale sold out at one point.  Next in line is the Antibiotika India Pale Ale (IPA). 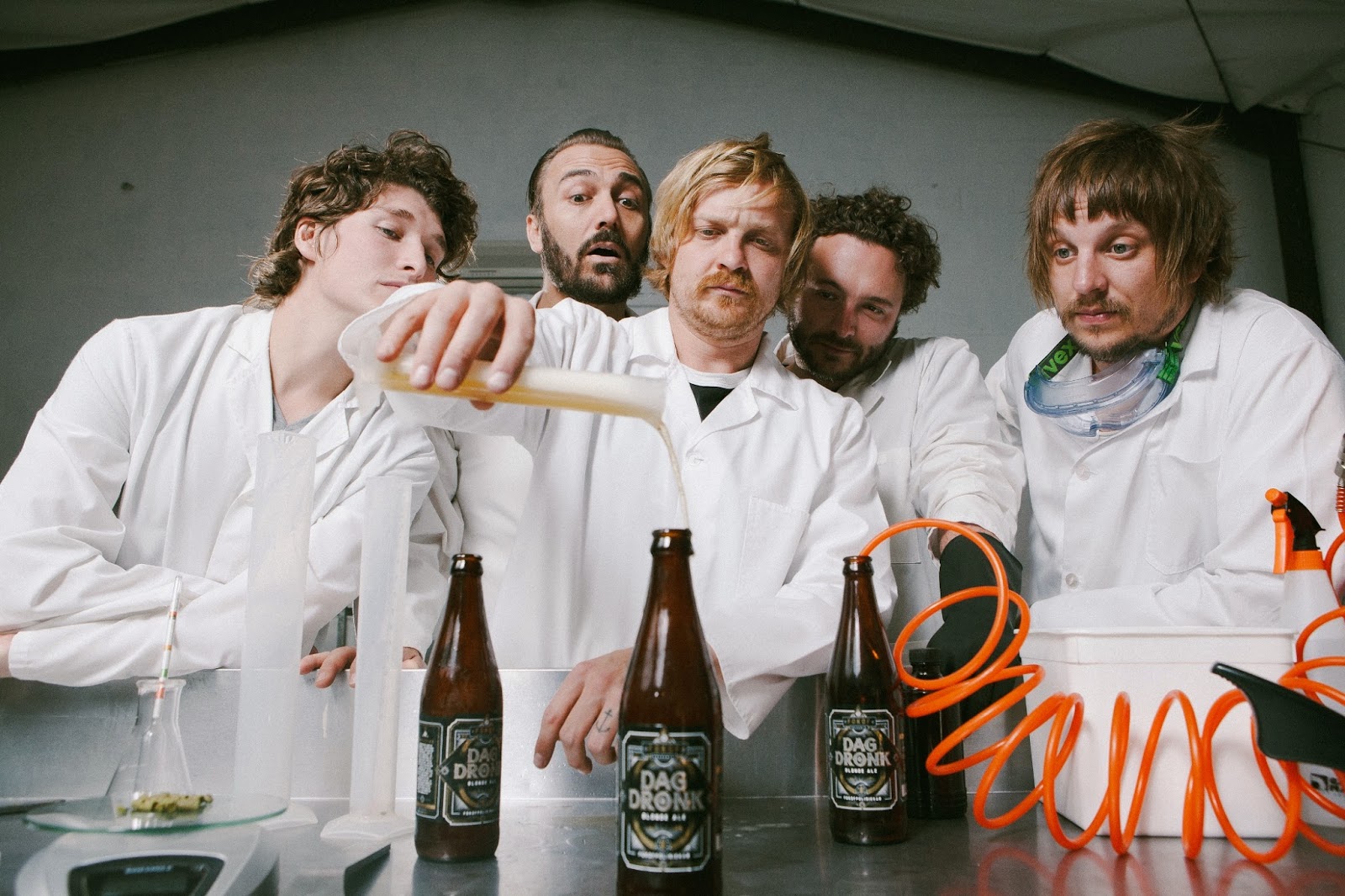 Duane Vermeulen, Springbok and SARU’s Rugby Player of the Year, was the first to taste Antibiotika.  This is what he had to say: “This is exactly how a craft beer should taste.  Fresh and unique and just the right name for when you have a bad day… Antibiotika!!!”

From Fokofpolisiekar’s lips to your screens:

“As avid beer drinkers, we’ve always been fans of Rock 'n’ Roll. And so, in 2003 we set our blurry sights on creating a unique brand of local Rock, Fokofpolisiekar. The gentlemen at Sir Thomas Brewery, on the other hand, are music addicts with a knack for making excellent beer. Gang! Bang! We make the music. They listen to it. They make the beer. We drink the beer. We make the music. Feedback loop created.

“It is a hoppy beer, dark gold in color, bitter due to the amounts of hops used and bubbly, as it should be! This beer shows epic hop aromas that are complex and beautifully integrated. The bitterness is in balance, bringing the flavor forward and leaving a lip-smacking bouquet behind after swallowing. Tones are reminiscent of canned tropical fruit, raisins and prunes, spice, grapefruit and much more.’’ – Jaco ‘’Snakehead’’ Venter. 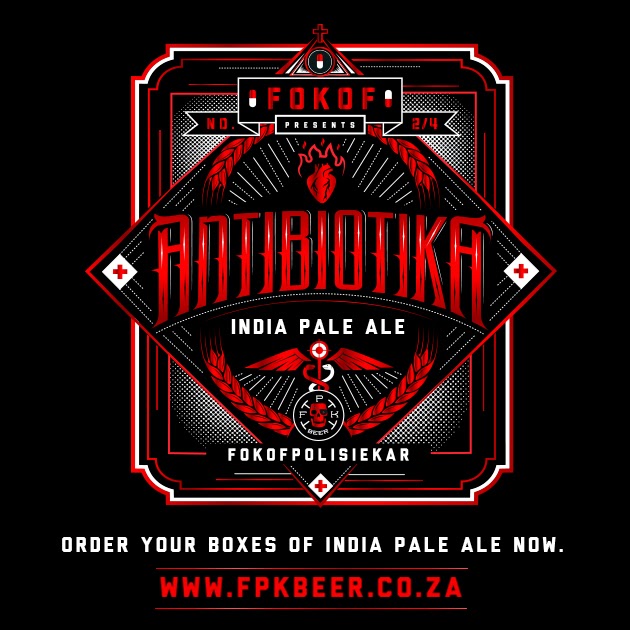 ‘’All our beers are bottle fermented, which means it is bottled with sugar, and active yeast, just like a Champagne and MCC “Method Cap Classique”. These cause light sediment at the bottom of the bottle, and gives the beer a great ageing potential and ability. All our beers are bottled on site, under the brewer’s supervision. Our beers contain 100% natural ingredients and no additives, preservatives, thickeners or stabilisers; they take longer to brew, and the brewery don’t cut corners to save money, at the expense of quality and taste.’’ – Wynand Myburgh