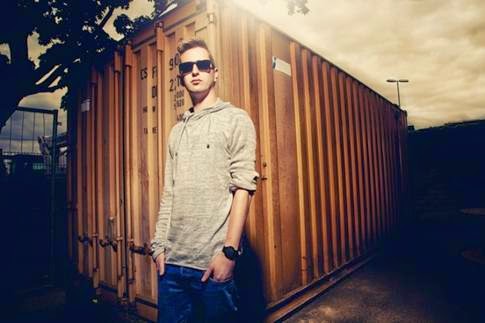 Sound Of Light are excited to announce the SA dates for German DJ and hit maker, Robin Schulz. Robin Schulz will be headlining the SOUND OF LIGHT events in Durban (8 May), 947 Presents Robin Schulz in Johannesburg (9 May) and Cape Town (10 May). Joburg will also host a special event for the Under 18’s as LOUDA takes place at Innesfree Park during the day on the 9th of May. SOUND OF LIGHT is set to deliver 3 incredible dance events with fans in Durban, Johannesburg and Cape Town each experiencing a night of absolute magic. An event based on light, where we capture the pure essence of what music looks like with an international standard production that will blow your mind. Expect a visual experience like never before, an experience built solely to entertain you. Only the best venues will do for this tour: Johannesburg - Nasrec, Cape Town – Shimmy Beach Club, and Durban – Wavehouse. South Africa let us play with your senses! What does SOUND OF LIGHT mean? “Where SOUND and LIGHT meet, that is the space euphoria is created. Each breath is a gift, each movement is an opportunity and each vision is a chance to imagine what can be! This is your chance to lose control of your mind and let your senses take over. A space where you can see the sounds and touch the light. Welcome to the Sound Of Light.” – http://www.robinschulzsatour.co.za

Not forgetting the under 18’s and our young dance music fans, a special event has been created as LOUDA entertains the under 18’s with a stellar line-up, including Robin Schulz and top SA local Dance acts & DJ’s -  Goodluck, Pascal & Pearce, Royal K, Kyle Cassim and more! This daytime show will take place in Johannesburg on 9 May and is open to youth aged 12 to 17 years old. The beautiful Innesfree Park situated in the heart of Sandton will play host to the 1st LOUDA experience. This is a controlled and safe environment where youngsters can experience some of the best artists the world has to offer. Making new friends and memories is our aim.

The inimitable guitar riff, the wistful voice and Robin Schulz' driving, passionate groove put music fans under a spell in the summer of 2014. Regardless of whether you hear the track in the car, via Smartphone or at the club on the packed dancefloor: with his remix of Lilly Wood & The Prick's "Prayer in C" Robin Schulz has the world in his hands. To date, the song has achieved #1 in the iTunes charts in 27 countries and was Top 10 iTunes in 36 countries. In Germany he held the Number One position in the Single Charts, the iTunes Charts, the Amazon MP3 Charts, the Dance Charts, the Shazam Charts, the Streaming Charts, and the Spotify Charts, breaking all records. Furthermore Robin Schulz is the first German artist whose track achieved the #1 position in the Worldwide Shazam Charts. This success is exciting for the 27-year-old from the German town of Osnabruck, who has been a DJ and producer for 12 years. But he doesn't allow it to go to his head. The fans mainly see him behind the DJ booth, fully concentrated on the music, the distinctive lines of his face hidden behind sunglasses. Robin Schulz is surrounded by a somewhat mysterious aura. This makes it more fascinating to see how he directly and sensitively communicates with his fans through the music.