on March 30, 2015
True to form. Visionary Xhosa rap extraordinaire – iFani – revealed new album artwork and details of his innovative campaign #1stDayGold to core fans, plus over 6million Twitter Music lovers around the world, via an exclusive @iFani_Haymani Twitter Session held at 15h00 on 30 March 2015. This coincided with releasing his first single ‘Settle Down’ off I Believes In Me [2nd Quadrant], and launching a unique album pre-order. 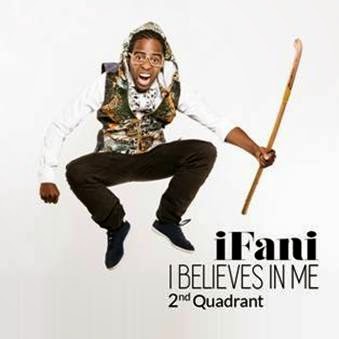 The challenge; to achieve his biggest dream with the help of his fans. The goal; to reach Gold sales on first day of release with the upcoming album I Believes In Me [2nd Quadrant].   The plan; to simultaneously launch both digital and a first-ever physical pre-order of the album from 30 March till 28 April 2015.  The movement; to be involved in making history by joining thousands of fans in pre-ordering the album.

“I would like fans to see I am never afraid to be myself. I got on a quest to discover myself, by writing myself in the music. This brand is all about dreamers who are willing to give all of themselves in making their dreams come true” says iFani. In making his dream a reality, iFani has partnered with iTunes and Musica, and will be celebrating this imminent milestone with fans around the country creating special appearances targeting The Eastern Cape, Gauteng, The Free State, KwaZulu-Natal, Limpopo, Mpumalanga, North West and The Northern Cape.  When pre-ordering the album digitally on iTunes fans will receive exclusive tracks which won’t be included on the album once live on 29 April 2015. Fans choosing to pre-order the album at Musica benefit from joining the movement #1stDayGold with a price reduction on the album and automatically stand in line to win cash prizes to the value of R10 000. “Beyond achieving #1stDayGold I would love to fund creative individuals and other dreamers who are up for the challenges that come with turning their dreams to reality.” All indications are that iFani’s upcoming album will catapult into SA charts in the same way his critically acclaimed debut did, marking the continuation of his story. iFani is a rapper that stands apart from all the others with his comedic wit, lyrical ability and creative punch lines. “I use my music to describe the person I am. My music follows no set rules or guidelines coz none of those rules define me.”
iFani