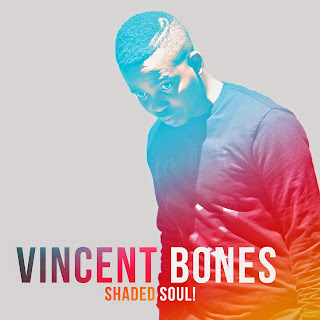 Vincent Bones, the 30 year-old worship leader from Pietermaritzburg and Idols SA 2014 winner released his debut album “Shaded Soul” today (15 May 2015). Randall Abrahams, MD for Universal Music SA says: “Vincent is one of the most talented artists in the country today and it was a great pleasure working with him. We are excited about releasing his album and know he will get a fantastic response from his dedicated fan base.” “The title of the album is significant as shading is a technique used in art to represent light and shade by varying the colour and intensity of the medium being used. In this case, every piece of music has been shaded with soul,” he continues. From street kid; to Boys Town resident; to Idols SA winner. Vincent’s journey was never easy. He struggled for years to be in the music industry. And then his Idols win catapulted him into the limelight. He was a crowd favourite from the beginning and with his tenacity and hunger to claim the coveted title he won the hearts of millions of voters in what was the biggest Idols season ever. Vincent’s first song “Let Me Love You” which was written especially for him during the Idols competition has been receiving good rotation on South Africa’s airwaves since December 2014 and his follow up single “My Lady” promises to have an even bigger impact. His fans will not be disappointed with the rest of the album which caters for a broad audience through its eclectic mix of House music, Ballads, Hip Hop, a bit of Afrosoul and elements of Rock – all of these bound by the common thread of being shaded with soul. “The album was inspired by my family who are my pillars of strength, and it’s dedicated to my late mother Dorah Bones. I wish she was here to see my dreams come true,” says Bones who describes his musical style as influenced by “old-school R&B and retro-soul”. “It was a great honour to work with some of the best artists, producers, and songwriters in the music business such as Ziyon, Kwesta, Reason, RJ Benjamin, Zubz, Jaziel Brothers, Thaso, Buks, and Ganja Beatz. I also collaborated with fellow newcomers Tresor and Zw(A)rt. This is my debut album but it is going to lay the foundation for many more to come; it marks the beginning of many great things in the future and I firmly believe it will succeed”, says Vincent. “Shaded Soul” is a diverse album that is both soulful and sentimental; with Vincent sharing stories through lyrical content that will relate to everyone who has fallen in love before. The music will leave you tapping your feet and melodies will be easy to remember.
Idols SA Randall Abrahams Shaded Soul Universal Music Vincent Bones