They're back! Van Coke Kartel to record EP of cover songs 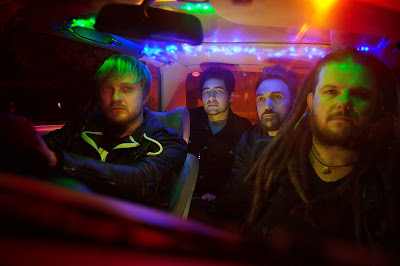 Not ones to let grass grow under their feet, VAN COKE KARTEL is back in studio to record a cover EP due for release on the 1 September this year. They are also working on an original song with Hip Hop producer pH, but more will be revealed in the following months. In the past, Van Coke Kartel has released four covers of songs that they like: Maniac, Skadu’s teen die Muur and I want Brandy (I want Candy)."The first time that we went the ‘cover route’ was in 2010 when we recorded Cocaine by JJ Cale, Maniac by Michael Sembello and Skadu’s Teen Die Muur by Koos Du Plessis.  All three of these tracks are on our Skop, Skiet & Donner album. In 2012 as part of a Ray-Ban ‘Legends Live’ campaign we were asked to cover I Want Candy by Bow Wow Wow. It ended up changed to I Want Brandy and got playlisted on 5FM. We still play it in our set today,’’ says bassist and band manager Wynand Myburgh. The band is excited to record some of their favourite songs. The long list was shortlisted to Thin Lizzy, Lana Del Ray, Johannes Kerkorrel, The Beatles and James Brown covers. "We don’t want to reveal too much at this stage, but it was not easy to settle on the five final song choices,"says lead guitarist Jedd Kossew. “I am a huge fan of Thin Lizzy and the song that we are covering from them is one of my all-time favourite songs. I want to play it to everyone I meet and now we will be recording it,’’ says frontman Francois van Coke. Van Coke Kartel has released 5 full length albums.  “We felt like it was time to do something less serious and have some fun. Without the stress of writing new material we are just going to meet up, jam and enjoy the process," says Wynand. The EP will be recorded over a period of time with super producer Theo Crous at Bellville Studios.
JJ Cale Koos du Plessis Michael Sembello Van Coke Kartel