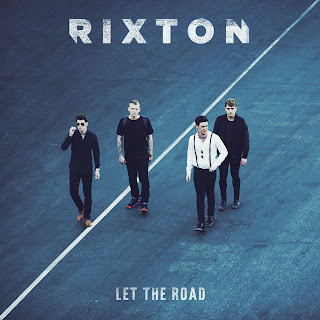 Rixton's album was predominantly co-written and produced by Benny Blanco, with additional production from the likes of ROBOPOP, Ross Golan, Steve Mac, Daniel Wilkin and Chris Sclafani. Band members Roche, Wilkin, Morgan and Bagnall only have a co-writing credit on one song on the entire album, "Whole". Ed Sheeran, Mike Posner and Rob Thomas all have co-writing credits on the album. The Sheeran-penned "Hotel Ceiling" was the first song written for the album". Lead singer Jake Roche said of the album: "Let The Road is something we're incredibly proud of. Songs have survived 6 years to make it on this album, back when me and Danny were writing in the caravan having no idea where they would end up. We feel incredibly humbled to be able to share this with our fans, and we hope you enjoy listening to it, just as much as we enjoyed making it."
Daniel Wilkin and Chris Sclafani Ed Sheeran Mike Posner Rixton Rob Thomas Ross Golan Steve Mac