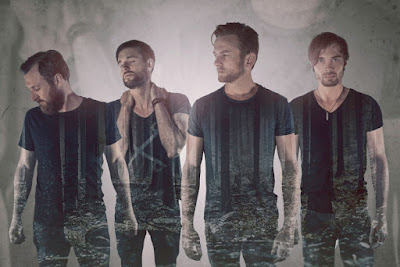 UK rock band Livingston will be coming to South Africa in August 2015. Their tour will kick off at Oppikoppi The Fantastic Mr Vos Vos and show dates for Cape Town, Johannesburg, Eastern Cape and Durban will be announced soon. The band will also spend time on a farm in Newcastle to write and record their next album. Having formed in the multi-cultural hub of London, Livingston searched high and low to find their collective musical feet. With singer Beukes Willemse and a guitarist/keyboardist Chris van Niekerk from South Africa, guitarist/percussionist Jakob Nebel from Germany and bassist Phil Magee from the UK, it seemed almost impossible that their paths would cross. However fate took hold when Beukes was re-united with Chris in London to find the missing pieces to the Livingston puzzle. The band has since also set up roots in Berlin and currently operates between the UK and Germany. Finding their feet with 2008’s debut Sign Language and 2012’s Fire To Fire (Universal Music Germany), the band achieved numerous successes including Top 20 in the German Sales Charts and Number 1 Amazon & iTunes Rock Charts. Their single “Broken” went to Top 20 and their second single “Go” was the official song for German national broadcaster ZDF during the winter Olympics of 2010. The Band also collaborated with Hugh Masekela and Till Brunner for a song for the Football World Cup in South Africa (2010).  The Band and their Music where also featured in the international blockbuster movie Chalet Girl featuring Bill Nighy, Felicity Jones, Brooke Shields and Ed Westwick. Retreating to a hunter’s cabin in the woods just outside Berlin, an unorthodox location for a band who had previously recorded at the hallowed grounds of Abbey Road and Sonic Ranch with producers such as David Botrill .(Muse, Tool, Placebo) The band wrote, produced, recorded and mixed Animal entirely on their own. The result? Animal is Livingston at their purest. Livingston released Animal in the UK, Benelux and GSA in Autumn 2014, followed by successful tour where the band displayed their best and most dynamic live shows to date. Listen to the single “Chemicals” off the album (submitted to SA Radio in June 2015) here: https://soundcloud.com/livingstonmusic/livingston-chemicals-radio-edit
Livingston Muse Placebo Tool