James Taylor - Before This World 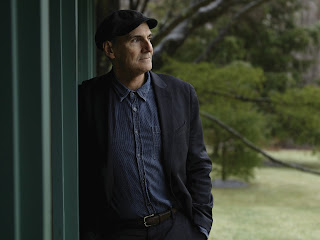 “I really just feel as if I want to make music now,” James Taylor says as he completes work on his new album, Before This World. “I think it’s probably what I’m meant to do.” That’s quite an understatement from one of the defining musical figures of our time, yet there’s little doubt Taylor means it. The past ten years have been full of notable achievements for James Taylor -- including his acclaimed One Man Band tour and concert performance film, his wildly successful Troubadour Reunion tour and live album with Carole King, two collections of cover songs, a heart-warming Christmas album and 2014’s sold out tour across the US, Europe and the UK. That’s why it’s startling to realize that it’s been over a decade -- thirteen years to be precise -- since one of our greatest singer-songwriters, a five-time GRAMMY® Award winner, and inductee into the Songwriter and the Rock & Roll Halls of Fame, has released a studio album of new songs. Now, with the July 2015 release of Before This World, the wait is finally over.
James Taylor