US rockers The Gaslight Anthem is taking a break 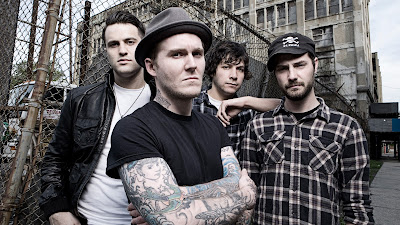 After five awesome albums US rockers The Gaslight Anthem has decided to take a step back and go on break. On their Fasebook post they explained they want to feel "excited" before making another album as opposed to recording one for the sake of it.

"We wanted to let everyone know that we'll all be taking a break from The Gaslight Anthem after this next European tour in August," they wrote. "We're all going to do other projects and stay active in some way or another, both in and out of music, but we'd like to step away from the band until we decide what we'd like to do next. We'd like to recharge and take a step back until we have something we feel excited about rather than going right back to making a record just for the sake of making the next record. We all feel this is the best decision we can make and it feels like the right one for us. Thank you to everyone who came out and supported our band for the last eight years and we'll see you down the road!" Their last album Get Hurt was released in 2014.
The Gaslight Anthem